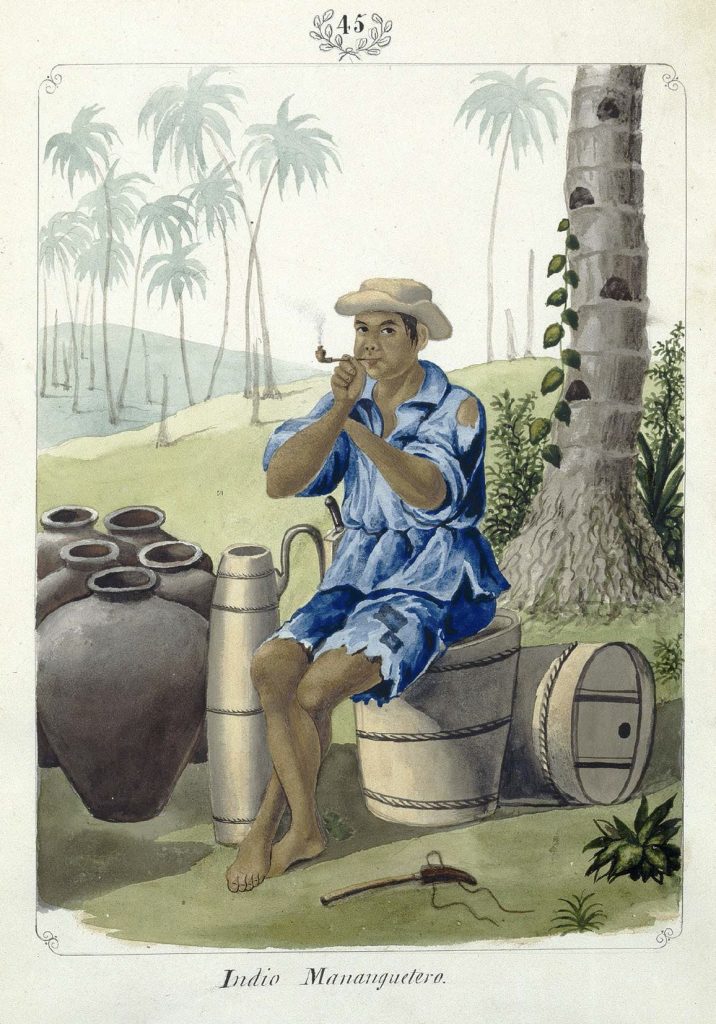 Lecture Series: The Circulation of Biocultural Knowledge through the Trans-Pacific Route: The Case of Cocos nucifera L., by Paulina Machuca

The Circulation of Biocultural Knowledge through the Trans-Pacific Route:
The Case of Cocos nucifera L.

The coconut palm (Cocos nucifera L.) is considered “the tree of life” for various societies in tropical Asia, thanks to its multiple benefits as food, drink, medicine, shelter, everyday utensils, etc. Starting in the 16th century, with the opening of the trans-Pacific trade between New Spain and the Philippines, the coconut palm was successfully inserted into the Mexican Pacific coastline, at the same time that thousands of Asians -especially Filipinos- settled permanently in the so-called “haciendas de palmas de beneficio”. This dual phenomenon, both biological and social, allowed the coconut palm to take root successfully, resulting in the displacement of native palms and an accelerated change of the landscape in various ecological niches. But in social terms, the coconut palm modified the diet of coastal societies and served as a food and medicinal supplement. Perhaps one of the greatest contributions was the introduction of the Philippine distillation technique for the production of “coconut wine” (lambanog), which later gave rise to the first Mexican mezcals. I argue that the coconut wine allowed a better insertion of the Filipinos in the New Spain society, as they were valued for their traditional knowledge in the use and management of the coconut tree.

In this presentation I will address how the circulation of biocultural knowledge through the trans-Pacific route significantly modified the daily life of coastal societies in the Mexican Pacific. I will insist that it is a complex, long-lasting process in which biological and social phenomena cannot be dissociated. The coconut palm is a good example of how biocultural knowledge circulates, is shared, transformed and gives rise to new sociocultural phenomena.

Dr Paulina Machuca (Colima, Mexico, 1982) is a research professor at El Colegio de Michoacán (Mexico) and a visiting professor at the University of Toulouse, France (2021–2022). In recent years she has specialized in the history of biocultural exchanges between Mexico and the Philippines from the Sixteenth to the Eighteenth centuries. Among her most recent publications are the book coordinated with Thomas Calvo, titled México y Filipinas: culturas y memorias sobre el Pacífico (published by El Colegio de Michoacán and the Ateneo de Manila University, 2016) and the book titled Historia mínima de Filipinas (published by El Colegio de México, 2019). In 2019, she received the Francisco Javier Clavijero Award for the best history book in Mexico, titled El vino de cocos en la Nueva España. Historia de una transculturación en el siglo XVII, in which she analyzes the introduction of the coconut palm tree and the production of lambanog by Filipinos on the Mexican Pacific coast. She has been a visiting professor at various academic institutions in Spain, France, and the Philippines.