The Structure and Impact of Trans-Pacific Trade, 16th to 18th Centuries: The Manila Galleon Trade Beyond Silver and Silks

This project will provide a radically new history of early modern trans-Pacific trade, by critically re-evaluating conventionally used sources, examining hitherto neglected historical archives and records in a range of Asian and European languages, and analysing recent archaeological evidence using new methodologies and perspectives. An interdisciplinary team, comprising specialists in Chinese, Japanese, Latin American, Southeast Asian, economic, environmental, and medical history, maritime archaeology, and geographical sciences, will, for the first time, systematically investigate the roles of actors, objects, side-effects, and exchanges that were ‘invisible’ or marginal to conventional histories of the Manila Galleon trade (1565 to 1815). The project will also examine informal trade routes and networks in this trans-Pacific trade connection, concentrating on the 16th to 18th centuries.

To achieve this goal, the project team will expand upon the structure and impacts of contraband, informal, accidental, and undesired exchanges of cargoes, people, knowledge, technologies, and diseases across the Pacific, to evaluate, first, the complexity, nature, and degree of the global interconnectivity of Asian and European sub-regional networks, and, second, to reassess both their positive and negative impacts on trans-Pacific trade generally, and on indigenous actors and societies in China, Japan, and the Viceroyalty of Peru specifically. This includes aspects such as the examination of geographical knowledge as portrayed in maps; navigation routes; military, navigational, and other technologies, medicinal knowledge and products, the role of environmental impacts (such as typhoons, ocean currents, etc.), climate change, piracy and human reactions to such hazards, as well as the accidental transfer of diseases. Our aim is to replace the outdated image of the galleon trade as being a pure exchange of silks, ceramics, and spices for silver between Acapulco and Manila, and to create a novel and more comprehensive bottom-up narrative that places human-environment interaction at the core of analysis.

TRANSPACIFIC will substantially transform the understanding of the trans-Pacific Manila Galleon trade and its impacts, and, in so doing, will open the way for the re-evaluation of other major trans-maritime networks.

Finally, we are creating a large spatio-temporal project database.

This project is funded by the European Research Council, through an ERC AdG (Horizon 2020). 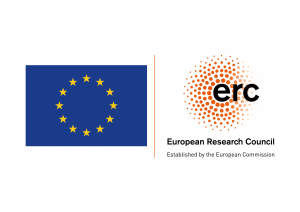 Project publications (see our link ‘Publications’ for a full list)

– Angela Schottenhammer, “Some Remarks on the Use and Provision of Camphor in Early Modern China and in Spanish Asian and American Colonies”, in From the Steppe to the Sea: A Festschrift for Paul Buell, ed. by Timothy May (2021), in press.