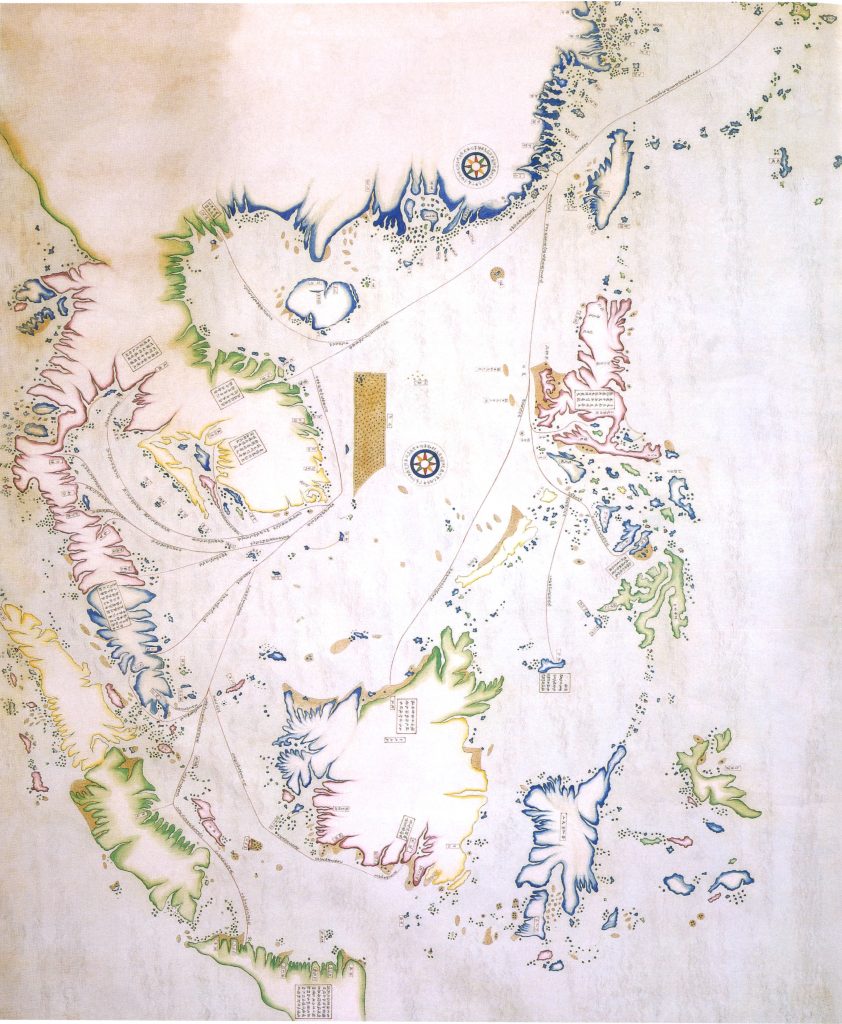 Lecture Series: Making a Map for the Emperor: Shi Shipiao and the Ban on Trade with Southeast Asia

In the early eighteenth century, the officials Gioro Mamboo and Shi Shipiao each presented the Kangxi emperor with a Chinese map of southern China and Southeast Asia based on Dutch charts. Shi Shipiao’s map adds information about sailing routes and export goods. In contrast to most other Chinese maps influenced by European sciences, these two maps show no Jesuit involvement but are similar to the Selden Map and Japanese and Buginese charts.

The maps were given to Kangxi at a time, when he had just issued a law restricting Chinese trade in Southeast Asia. From an analysis of the information on the map, it becomes clear that instead of being an accurate representation of seafaring knowledge, Shi Shipiao presented the map to Kangxi so he would change his policy, raising an example how maps could function as political tools.

Elke Papelitzky is currently a postdoctoral fellow at KU Leuven and part of the ERC-funded Transpacific project. She obtained her PhD in history from the University of Salzburg with a dissertation on “Historical Geographical Texts of the Late Ming (1368–1644) and China’s Maritime History.” Before joining KU Leuven, she worked as a postdoc at LMU Munich and NYU Shanghai. Her research focuses on knowledge transfer and the perception of the world of Japanese and Chinese literati as seen in geographical sources, both written and cartographic. She is the author of Writing World History in Late Ming China and the Perception of Maritime Asia (Harrassowitz, 2020) and of several articles and book chapters.